Time Travel in the Zaman Museum Of Tehran

In lots of places, “time” is just a self-evident concept people designed, and the universe really does not verify that seconds, minutes, or hours really exist. A day on earth is directly measured by the stances of the Sun.

Time travel, which is a widely recognized concept in philosophy and fiction, is the concept of movement between certain points in time, similar to movement between different points in space by an object or a person, typically with the use of a hypothetical device known as a time machine.

Here, at the Tehran’s Time (Zaman) Museum with the help of your imagination, you can experience a time travel to the past, to the centuries and even millennia before to witness how our ancestors made every efforts to gauge the time from water clocks and oil clocks to the sun clocks and ones being operated with the use of candles or sand grains.

Tehran’s Time Museum is the first museum of clocks, watches, and other time-measuring tools in Iran. Inaugurated in the early 21st century, the museum has considered the importance of time over the years by displaying the evolution of time-measuring instruments from initial clocks to the modern mechanical ones. Situated in the Zaferanieh neighborhood, the museum building is an old and two-story structure that dates back to the Qajar era.

The clocks of famous people such as Nasserdin Shah Qajar, and Professor Mahmoud Hessabi, who was an Iranian nuclear physicist and senator, are also being kept at this museum there are also documents related to the subject of time, mechanical clocks, and other kinds of clocks. Furthermore, you would also find the ship clock, two-stroke watches, guard watches, ancient Iranian calendars, and time-measuring dishes in different parts of the museum. 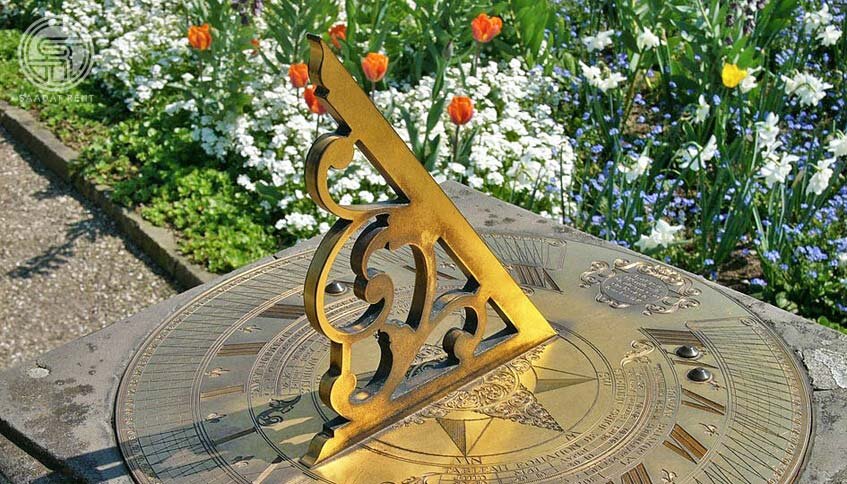 The Time Museum boasts very beautiful architecture and decorations, along with a relaxing environment. It is home to a variety of antique Iranian and foreign watches made in France, Switzerland, England, and Germany.

The main museum building has two floors, each of which includes sights.

On the first floor, you can tour clocks from the seventeenth to the twentieth centuries. Many clocks such as a pendulum, wall, and stand clocks are decorated in an artistic way that shows the importance of the clocks in the past.

The replicas of the various clocks, all of which combine art and craftsmanship, are very interesting in this section. Some of these clocks are gifts from political figures from their travels to other countries and some from people’s personal property. 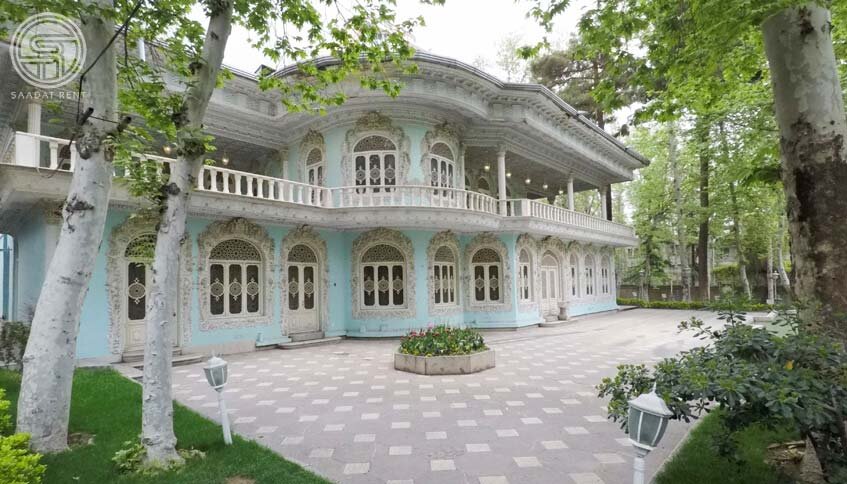 Another interesting piece of art in this section is a bronze clock, covered with a thin layer of gold, made in France, which is decorated in the style of Louis XVI and shows the body of Homer, the epic Greek poet.

In this part of the building, there is a niche wall clock with an engraved image of the first Pahlavi in Tehran’s Ghorkhaneh, which dates back to 1934.

The second floor is dedicated to the display of Houshang Foroutan’s works. The reason for displaying his works in this museum is his collages, made by unused pieces of old clocks. On this floor, there is a circular display with clock repair tools. 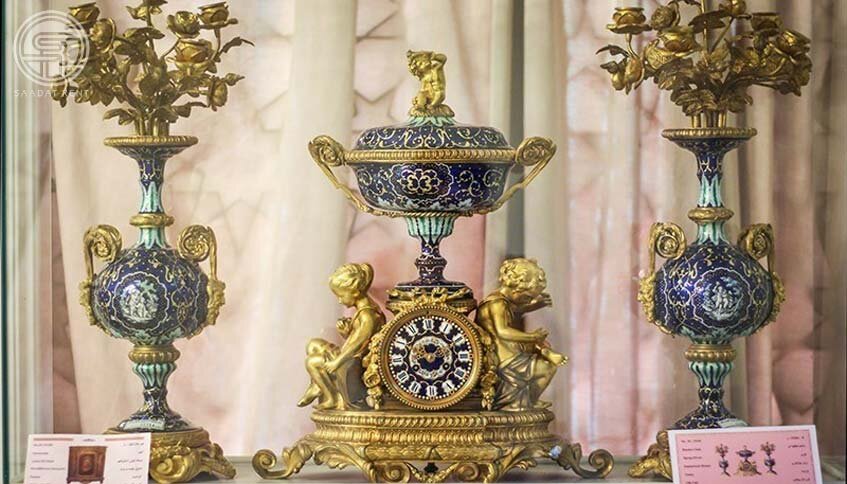 Other interesting sights of this floor are the clocks displayed from the Qajar period, such as the sun clock of Nasser al-Din Shah. In this part of the floor, there is an old astrolabe, which has been an astronomical device and a permanent calendar. Elsewhere, there is a celestial sphere that was used to measure time.

The museum’s facilities include a restaurant-café and a time gallery (to purchase works by artists). Photography is also free inside and outside the museum.

Here are some highlights of the museum:

This clock had two uses, to indicate the time and to create lighting during the night. The clock had a graduated tank in which special oil was poured. When the wick was turned on within an hour, the oil in the tank was used as fuel, and the time was measured by the oil levels of the tank according to the amount of oil remaining.

The clock was invented about 5,500 years ago and had a vertical stick called the index, which the sun’s rays cast on the surface of the horizon, which determined the size of the time. These clocks were made in two types, large and small. The small type was used in travel and the large type was used in old houses and churches until the 18th century in Europe.

As the water clock became popular in Greece, the mechanical clock appeared. In this clock, water was pouring down from the upper tank. The toothed stick was placed in the tank and the cork was at the end of it. As the surface of the water rose, the cork and the toothed stick were pulled up.

This clock was first used about 1,000 years ago, and its invention is attributed to Alfred the Great, the then King of England. To measure the time in this method, the body of the candle was graded. By burning and melting the candles, they realized the remaining and burnt degrees of time.

The sand clock or hourglass is the most well-known shape of the clock that is still used today. Due to the roughness of the real sand grains, eggshells were used during these clocks. The passage of sand through the upper reservoir by a narrow middle hole was the way this clock worked, the time of which was determined by the amount of sand in the reservoirs. These clocks are more useful for short sections of time or a fixed amount of time. It was widely used in churches and ships.

A rope clock is a type of fuel clock consisting of a number of ropes. The knots at the rope level are equally a kind of time rating. By burning the rope, the knots were removed and the remaining knots of the time were identified.

This clock is kind of a Chinese fuel clock, similar to a boat. In the middle of this boat, a candle is lying. In the direction of the boat, weights are hung at certain distances from the rope. As the candle burned and the flame approached each string, the weights fell into the metal container under the boat, setting the time by an alarming sound.


Read:
Trump’s Anti-Iran Gun; Empty or Loaded?
Syria Ignoring Israel’s attacks; Iran’s Plot or Weakness?
The Future of Iran-China Cooperation in the Persian Gulf
Meet Iranian Man Who Couch-Surfs Around the World in His Wheelchair
How Trump IS Ruining UN Credibility
Newspapers